What I’m about to share with you is ALL the treats in the form of chocolate monkey bread with pecans and rich burnt caramel. If your waistline can’t cope, turn away now.

Chocolate? Check. Drippy, salty, burnt-caramel sauce? Check. Pecan nuts, butter, cinnamon and pillowy soft brioche? All right here, people, piled into my favourite bundt pan and baked in the steam oven until it’s golden, glistening and smells so good you burn your fingers trying to pick little bits off it as it comes out of the oven.

A few weeks ago I came across something intriguingly titled ‘gorilla bread’. After further research – ahem, disappearing into the black hole that is Pinterest – I discovered there are literally thousands of variations on this delight spanning the depths of the internet, mostly under the moniker monkey bread. What I’d like to know it, why did no-one TELL me about it?! Not knowing about this gastronomic delight makes me feel a little like the loser who didn’t realise gourmet donuts were a thing for the first five years they were ‘in’.

Unfortunately most of the recipes I found began with a base of canned refrigerator biscuits, which don’t exist in Australia. I’m led to believe the origins of chocolate monkey bread sit firmly in the USA (oh, land of the tooth-achingly sweet baked goods), and the name stems from the fact you pick it apart after baking, somewhat as a monkey picks apart its food. Given the burnt-fingers scenario above, the name seems apt.

Whatever you call it though, I was sold on the idea of reworking it as a combi steam oven recipe and have not been able to stop thinking about it ever since.

Would you like my FREE Quick Start Guide to Your Steam Oven?
Start learning what (and how!) to cook using your oven’s steam and combi steam settings, with my instant downloadable guidebook, full of tips, links and ideas.
Click here to get the Guide sent straight to your inbox

In a world of low fat, no fat, sugar and carb free green foods, this ridiculous creation has no place. But in my house, sometimes we go all in and throw the moderation out the window. Mostly my nutritionist brain wins out and we eat pretty well – I serve lots of vegies, cut the sugar down in most of my baked goods, try not to use too much fat in cooking or eat too many carbs – but really it’s just so I don’t feel too guilty spending the better part of a day making something like this from time to time.

Baking with yeast dough in a steam oven

I feel obliged to discuss the ‘baking with yeast’ thing here, given I speak to A LOT of people who say they’re scared of cooking with the stuff. If you’re one of them, I can tell you having a steam oven will make it much easier to build confidence with yeast baking. As with most things in life, practice certainly helps, but your steam oven’s dough proving setting (or just a low temp steam setting) takes some of the guesswork out of it.

The biggest problem people tend to have with yeast doughs is that they aren’t sure how long to prove/rise the dough, or what it should look and feel like when it’s risen properly.

I can’t give you a definitive blanket answer to this because the ratio of sugar, yeast, liquid and flour will always affect things (and also because, though I love baking with them, I am not a yeasted dough expert!), but your steam oven will let you control temperature, which means the dough will rise pretty consistently and be the same each time you make the same recipe.

In general, sugary doughs like the one in today’s chocolate monkey bread recipe will rise quickly because there’s lots of food for the yeast to consume and grow. Heavy grain or sourdough loaves take a lot longer and actually I prefer to prove these overnight in the fridge to improve their flavour (but that’s a post for another day).

Want to bake steam oven treats your family and friends will go crazy for? Get my book,
Steam Oven Baking: 25 sweet and stunning recipes made simple using your combi steam oven 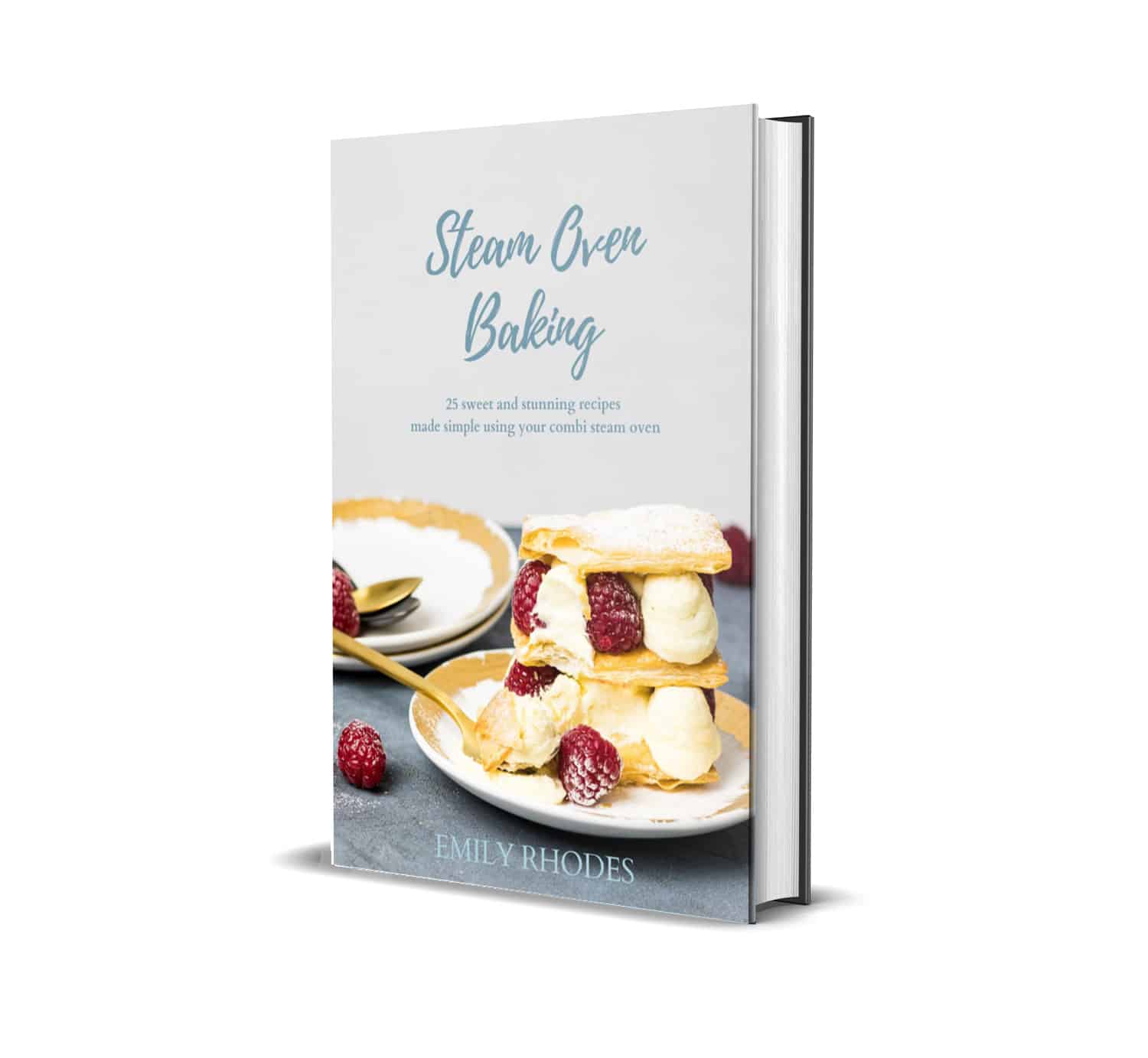 The simplest guide to ‘what should my proved dough look like’ is this: if you gently push your finger onto the dough and it makes an indent which springs back in a couple of seconds, that’s perfect. If the imprint just stays there and not much else happens, you need to prove a little longer. If the whole lot deflates like a sad balloon as soon as you touch it, it’s over-proved, which means (sadly) your baked goods will come out of the oven pretty dense and pancake-like.

In the case of this monkey bread, it’s the perfect beginners yeast dough because it only needs one prove instead of the usual two, and you can do that in thirty minutes flat in the steam oven. Almost foolproof! Overall it’s not the fastest recipe to make and does require a bit of attention and several steps, but if chocolatey, cinnamon-y, caramel-loaded baked goods are your thing it’s a really fun weekend project (side note: the ingredient list looks enormous, but several of the items are repeats – sugar, butter, salt – for the different parts of the recipe).

Read through the whole recipe before you start, familiarise yourself with the steps and get going.

I really hope you’ll try baking with yeast, especially if it’s something which usually scares you off. It’s incredibly rewarding and always makes me feel really accomplished in the kitchen.

See you soon (with something a little more virtuous to cook in your steam oven to balance things out!). 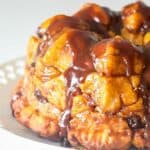 For the caramel sauce

For assembling the bread

Any leftover caramel sauce will keep for a couple of weeks in the fridge and makes for great ice cream topping.

But I don’t have a steam/combi-steam oven! You can certainly make this without one, but you’ll need to use a bit more guesswork when proving the dough. Basically, you’ll need to cover the bowl, put it somewhere quite warm and wait anywhere up to a couple of hours for the dough to double in size. Alternately, cover and put in the fridge for about 12 hours where it will prove very slowly but just as effectively. When baking, the temperature remains the same but you might need a few more minutes cooking time, say 35-40.